Buy one UVB lamp get one oximeter for free

What is the working principle of the pulse oximeter?
10.20.2022 | YouWeMed | YOUWEMED Health Blog

What is the working principle of the pulse oximeter? 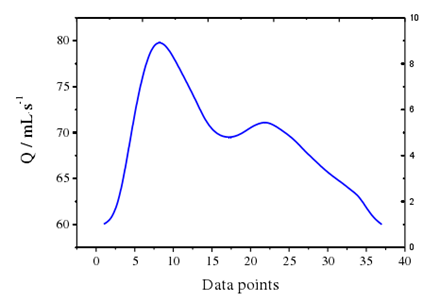 It is an important indicator that reflects the oxygen status in the body. It is generally believed that the normal value of blood oxygen saturation should not be less than 94*, and it is regarded as insufficient oxygen supply below 94*.

So how does it work?

The first oximeter was issued by Millikan in the 1940s. It monitors the ratio of oxygen-carrying hemoglobin to non-oxygen-carrying hemoglobin in the arteries. A typical oximeter has two light-emitting diodes. These two light-emitting diodes face the patient's part to be tested-usually the fingertip or earlobe. One of the two tubes emits a light beam with a wavelength of 660 nanometers, and the other emits 905, 910 or 940 nanometers. The absorption rate of oxygen-containing hemoglobin for these two wavelengths is very different from that of oxygen-free hemoglobin. Using this property, the ratio of the two hemoglobins can be calculated. The testing process usually does not require blood to be drawn from the patient. The usual oximeter can also display the patient's pulse. According to the Beer-Lambert law, the functional relationship between the ratio R/IR and the arterial blood oxygen saturation (SaO2) should be linear, but because biological tissue is a complex optical system with strong scattering, weak absorption, and anisotropy [2~ 4) It does not conform to the classic Beer-Lambert law, which leads to the difficulty in establishing the mathematical model of the relationship between the relative changes in the absorbance of red light and infrared light (R/IR value) and the relationship between the arterial blood oxygen saturation (SaO2) . The corresponding relationship between R/IR and SaO2 can only be determined through experiments, that is, the calibration curve. Most pulse oximeter manufacturers use experimental methods to obtain empirical calibration curves to complete the pre-determined standards of the products.